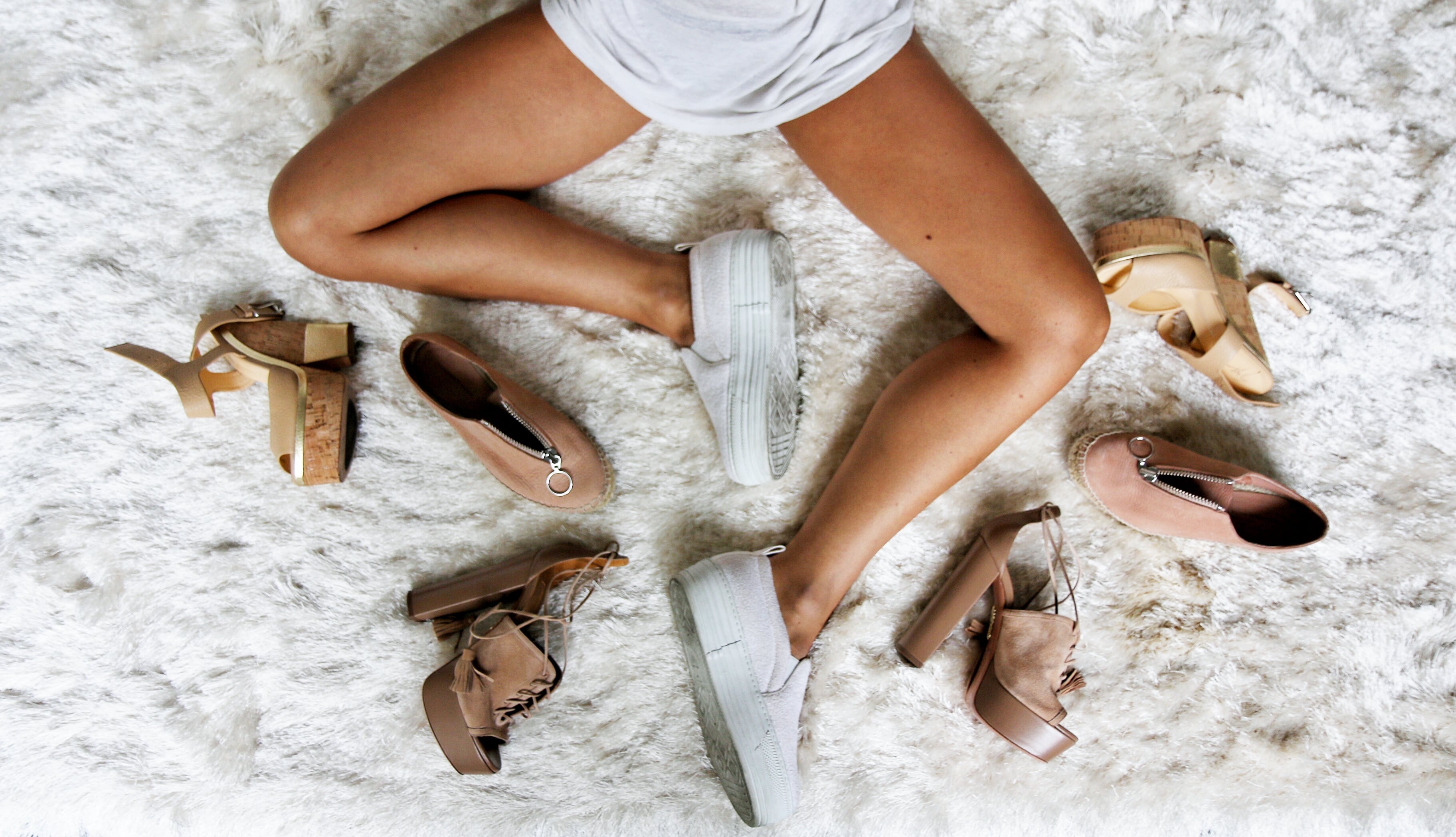 The status of shoe designer Sophia Webster is being elevated to a whole new level! Recognized for her brilliantly creative talent, Sophia has received funding guaranteed to give her a platform to become an internationally acclaimed British designer. And she has invited us to walk tall alongside…

The continual 70s fashion throwback has been towering over us for about 18 months, great news for those who embrace the extremes of elongated legs and micro minis. The look is bold and the head turning platforms from Gucci and Marc Jacobs have a Wonder Womanesque appeal! Sophia Webster offers a much softer finish with her Loren Crystal shoe. For an authentic 1970s disco style, flares are very much on trend, but if you prefer to just dip a toe in the era, opt for billowing hemlines or diaphanous skirts.

Women shoe designers are often walking in the giant footsteps of male shoe manufacturing idols, including Choo and Louboutin. Indeed it was Louboutin who stated he would be outraged if a shoe created by himself was ever described as looking comfortable. As a man, he didn’t realize that women can have it all, and lowering the heels lowers the stature, not the standard. Whilst it is true that we have been sneaking around for the past two fashion seasons, grown up ballet flats are the newcomer for spring 2016….

There is no innocence left in the new era of ballet flats, the leather straps, silver buckles and black ribbons offer a strictly adult appeal. Miu Miu offerings feature the classic ballerina shoe, with eye catching black or gingham ribbon. There is almost a temptation to cut some costs and create your own personalized version of these shoes, truly bespoke and original. To avoid an overly girly appearance the ballet shoes should be paired with a tailored midi skirt and plain top. Pairing with red and black accessories winks at punk rock whilst still being safely mainstream.

Women might never be ready to abandon Louboutin or Choo altogether, but buying shoes from a woman designer offers a different appeal. It is an assumption that she has the same intrinsic knowledge as ourselves. She understands the difference a shoe can make to our figure, our confidence! When buying shoes, we are liberated from worrying about size as our foot rarely gains weight. We are taller, thinner, sexier and a lot more fabulous. A great shoe can be the entire outfit!

Shoes styles for spring and summer 2016 are equally as eclectic as all the other fashion! Flat, platform, block heel or wedge! They’re all totally on trend and totally wearable. Yet whilst this might be an anything goes era, don’t become blasé, remember that the real proof of an elegant woman is what she wears on her feet.

When Marriott Rewarded Me!

All About The Bodysuit!